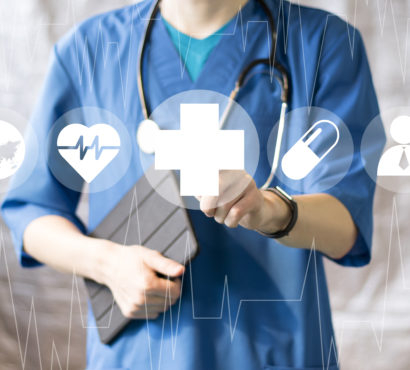 In Poland more than 2. 5 million people are struggling with diabetes. It is not only in our country that diabetes is an increasingly common disease. There are about 400 million sick people in the world, and according to data from the World Health Organization their number will increase to 640 million by 2040. Currently, very intensive work is underway to improve the quality of life of people with diabetes, mainly related to the development of better and better systems for measuring glycemia and insulin pumps or applications for smartphones to make life easier for people with diabetes. The second important element is research related to the development of transplantology – transplantation of pancreas or pancreatic islets, autologous bone marrow transplantation, autologous stem cell transplantation or T-regulatory cell therapy, and finally, work on the creation of a bionic pancreas by means of 3D printing. It is worth looking at the stage at which work on individual solutions is taking place. When will they go to clinical trials to finally confirm their effectiveness? What are their advantages and limitations? And finally, who will benefit from these achievements?

Continuous glucose monitoring (CGM) systems were introduced at the beginning of the 21st century. They enable up to 300 glycemic measurements per day. This reduces the need for repeated, painful and cumbersome puncturing of the fingertip. In addition to the benefits of influencing the control of glycemia, it is an important aspect in improving the quality of life of diabetic patients. Continuous glucose monitoring obviously require further improvements. According to scientific studies, their continued use in patients may cause a decrease in the value of glycated hemoglobin, i. e. an indicator that allows to assess blood glucose levels for a longer period of time, so that it is possible to determine whether the method and level of treatment remains normal. It is its value that is important when assessing the risk of complications such as atherosclerosis, kidney damage or vision loss. It is not insignificant to strive for greater precision, today about 15% of measurements are not in line with reality. Therefore, most devices require calibration, i. e. checking the accuracy by comparing them with the glycemic measurement by puncturing the finger.

Measuring glycemia without a puncture – it would be a revolution!

The development of the technology of measuring glycemia without puncture is connected with high expectations in people with diabetes mellitus. This would significantly improve the quality of life and could reduce the incidence of secondary complications through better control over diabetes. The first of its kind a device on the market, accepted by the American FDA for home measurement glycemia was a glucowatch. However, the machine was quickly withdrawn from the market due to to problems: caused skin irritation, required frequent calibrations, accuracy the measurement was insufficient and still fell in situations such as increased sweating – the measurement was not sufficient and fell even further in situations such as increased sweating means e. g. in a situation of underexposure.

Two years ago, Google and Novartis announced the introduction of lenses for measuring glycemia. In 2017, the first patient trials were to begin, but Google’s spokesman announced that the work would be prolonged. Some experts believe that this type of device will not be useful for measuring glycemia because the values of sugar in tears do not fully correspond to the values of glycemia in the bloodstream.

The Polish accent here is the iSulin system. The device would measure sugar without pricking and would also send information to a smartphone or relatives in case of danger. The system was developed two years ago. It is currently being prepared for a further phase of research, so it is possible that it will be available on the market within a few years.

The world of insulin pumps has grown significantly in recent years. More and more insulin delivery devices are being developed, which can usually be controlled in combination with continuous glycemic monitoring systems. They work on the basis of better and better mathematical algorithms (the so-called closed loop) of insulin administration depending on the value of glycemia and the trend (is glycemia falling? Or is it growing?). A completely revolutionary system is a two-hormonal pump – giving not only insulin, but also in case of underexposure – glucagon – such a device can be called an artificial pancreas. Work on the pump has been going on for many years. In 2016, the Lancet published a publication summarising the first results of the experiments. Currently, there are studies on whether the use of a two-hormonal pump will reduce the amount of undiabetes while maintaining the glycemic value within the limits of the norm, which could reduce the incidence of complications related to diabetes mellitus. However, it must be clearly stated that such devices are experimental – they have many limitations – they measure sugar in intramedicular fluid, which gives a delay of almost 30 minutes in relation to blood measurements, require frequent calibrations and are tested on so-called healthy patients – in case of complications, their use may encounter significant limitations.

A minimally invasive method of stopping the progression of the disease is T-regulatory cell therapy. T-regulatory cells are a line of T lymphocytes, which is designed to regulate the intensity of response of our own immune system. Applying them in a situation when diabetes leads to an excessive response of our immune system – they are destroyed pancreatic islets, has a deep sense. The team from the Medical University of Gdańsk under the direction of Prof. Trzonkowski conducted and in 2012 published the results of the first experiments of this type. The results are promising, but it should also be remembered that we can treat patients with newly diagnosed diabetes, who have not yet completely destroyed the pancreatic islets. This direction requires further research.

Transplantation of pancreas and pancreatic islets

These may not be new methods of treating diabetes, as the first pancreatic transplantation in the world is 1966 in the USA and 1989 in Poland (including kidney) and in the case of pancreatic islets it is 1974 (USA) and 2008 (Poland), but it can certainly be said that these are still little known methods of treatment. In practice, pancreatic transplantation is usually accompanied by kidney transplantation (about 70-80% of cases), i. e. if a patient with diabetes develops kidney failure – this method of treatment is the most optimal and gives the best results. Pancreatic transplantation itself can be performed in patients who do not have renal failure but have severe hypoglycemia with no feeling of upcoming hypoglycaemia or in people at risk of losing sight. It should be remembered that we do not give organs for life – the average half-life of the pancreas is 10 years – so if today 100 people have a pancreas transplanted, in 10 years, 50 people will still function with this pancreas – the other half will lose an organ as a result of various complications. Transplantation of pancreatic islets in its present form does not lead to the cure of diabetes, but to the improvement of the metabolic course of the disease. The glycated hemoglobin value improves and the undiabetics disappear – we achieve what could not be achieved with the CGM kit alone. However, it should be remembered that here, too, we must take immunosuppressive drugs that inhibit the body’s response to transplantation.

By definition, the bionic pancreas will use the achievements of biotechnology of engineering and transplantology. As before, with the use of stem cells, stem cells from a person with diabetes will be collected here – then there will be a transformation into cells producing insulin and glucagon. Thus obtained pseudo-pancreatic islets will be inserted into a 3D printer and printed together with the vessels into the whole functional organ. In 2015, the Bionic* consortium was established, of which the Foundation of Research and Science Development is the Leader. The consortium also includes the Warsaw University of Technology, Warsaw Medical University, Nencki Institute, Infant Jesus Clinical Hospital and MediSpace company. In 2017, the consortium received funding under the Strategmed programme financed by the National Centre for Research and Development – in the same year when very intensive scientific work began. The first animal experiments will take place in 2019.

Certainly, people with diabetes can nowadays significantly improve their quality of life and it is to be hoped that in the near future breakthrough therapies will be developed which will lead to the cure of diabetes. More about diabetes research conducted in Poland can be found on the website of the Foundation of Research and Science Development www.fundacjabirn.pl and on the FaceBook profile.

(*the author of the study is the originator and coordinator of the entire Bionic project). 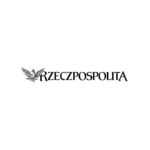