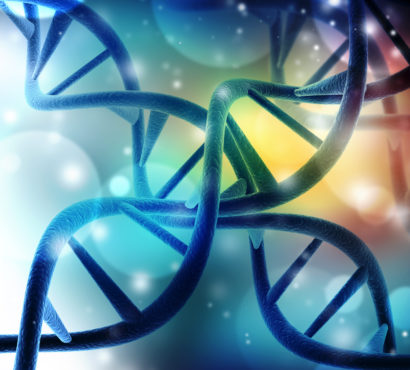 Epigenetics – something that we do not have in our genes, and we can still pass on to our children

The DNA sequence is our destiny – have you ever wondered about this statement? Is the development of genetics the last step to finally knowing who we really are? With the genetic revolution of the twentieth century and the rapid development of technology, the world hoped to find answers to these questions. This enthusiasm has resulted in many discoveries, including why we have blue eyes, where albinism comes from and whether each of us can be born with cystic fibrosis. The cherry on top was a 10-year project of learning about the human genome – over 3 billion bricks (the so-called pairs of principles) defining man both as a species, but also as an individual. After some time, however, the euphoria subsided and scientists began to consider the possibility that discovering genes and linking them with traits, diseases and behaviors is only a prelude to the arrangement of this extremely complex puzzle, which is Homo sapiens. How do we explain that identical twins (having the same genome) may differ phenotypically and not develop the same illnesses? Or why are the cells of our body so diverse although they originate from the same zygote that originated with fertilization? A relatively new subfield of biology – epigenetics – comes to the rescue.

Epigenetics deals with changes in gene expression not resulting directly from mutations of DNA sequences, which lead to the formation of inherited traits both intra-generationally and inter-generationally. Let’s imagine a beehive. Within a hive, all bees are genetically identical. So how do worker bees, soldier bees and queen bees come into being from the same genome? The answer lies in the diet: larvae receiving pollen develop into worker bees, and those who receive royal jelly become queens. How is it possible?

Here is the need to explain what  makes up the epigenetic phenomenon. The most fascinating mechanism of epigenetics is DNA methylation, i. e. attaching a small “marker” directly to nucleotides (components – A, T, C and G) within the DNA. Histone modifications are another very important mechanism in epigenetics. But what are hystones? These are proteins that help to maintain proper spatial structure of our DNA. Adding a “marker” to the histone will locally loosen the DNA structure and thus increase the possibility of using this part of the molecule.

CAN WE INHERIT OUR PARENTS EXPERIENCE?

In 2007 the breakthrough in the field of epigenetics surprised the world of biology. Mice with a gene called Agouti, responsible for yellow colour and diabetes, causing obesity and rapid death, were fed  with food as a source of methyl groups (“markers”) during the experiment. To great surprise, the born offspring were brown, slim, did not suffer from diabetes and lived for a very long time. The Agouti gene still existed in their cells, but was silenced by the aforementioned methylation. What’s more, the blockade appeared even in the next generation of mice. One conclusion was reached – we are not only what our parents ate, but also what our grandparents ate. Following such a trail, it turns out that apart from food, it is of great importance for the development of future generations whether we smoke, move frequently or even think positively. All these actions influence the changes in our epigenome. Today we know that DNA is not our destiny, although it plays a huge role in shaping it. Genetics loads weapons, but it is epigenetics that pulls the trigger.

Diabetes is a chronic disease caused by hereditary and/or acquired insulin deficiency produced by the pancreas, which leads to an increase in blood glucose levels (hyperglycaemia) and thus to many complications. Chronic hyperglycaemia is associated with damage, dysfunction and failure of various organs, especially eyes, kidneys, nerves, heart and blood vessels. Diabetes research is the apple of many scientists eye around the world. Currently, more and more attention is being paid to the assessment of the influence of non-genetic factors on the development of this civilization disease. In order to demonstrate the relationship between environmental and genetic factors, studies were carried out in newborns with low birth weight. It was then hypothesized that malnutrition of the mother may be the cause of later development of diabetes in children. The results of these studies confirmed that disorders in the intrauterine environment contribute to the formation of epigenetic modifications and affect the development of the fetus. More importantly, they may lead to many diseases- including diabetes – in the future (their further development), even many years later.

Every day there are new reports on the role of epigenetic factors (especially diet and physical activity) in the increase in the occurrence of civilization diseases such as the aforementioned diabetes and cancer or very common diseases of the vascular system. In addition to the above mentioned, there is an upward trend in studies showing the impact of environmental pollution.

So far, scientists from the Foundation of Research and Science Development have managed to prove that the activity of individual genes varies depending on the method of treating diabetes mellitus. Therefore, Magdalena Gomółka is currently preparing a plan for the continuation of research aimed at assessing the influence of non-genetic factors and the activity of genes on the development and course of various types of diabetes.