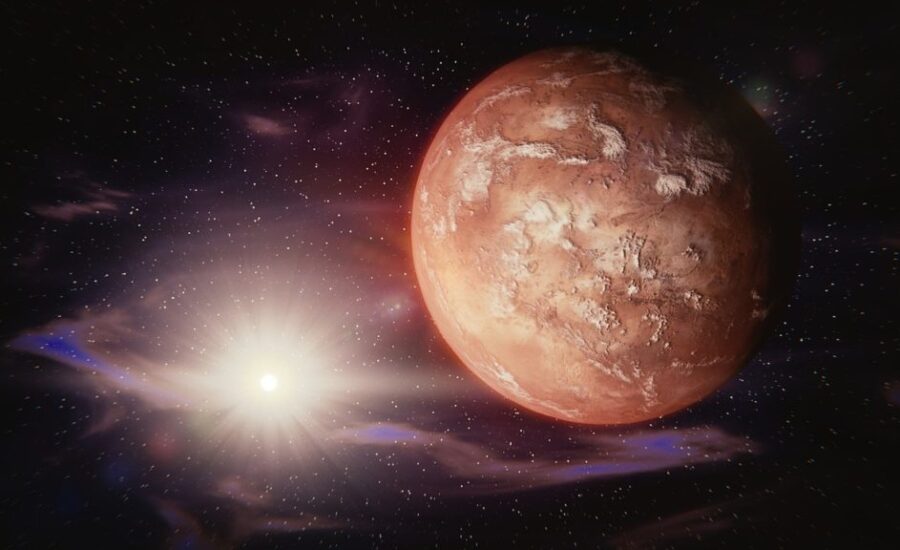 Medical protection of the manned expedition to Mars

Manned expeditions to Mars are planned for the beginning of the thirties of the XXI century. Despite many technical, physical and psychological barriers, scientists from different disciplines and almost all countries around the world are constantly developing the capacities to make this breakthrough possible. One of the key challenges is to ensure an adequate medical care system for astronauts.

One of the domains of humanity, thanks to which civilization has developed, is undoubtedly the acquisition and exploration of undiscovered, seemingly inaccessible areas on the map of knowledge. The goals we set ourselves at the beginning of the last century set the direction, leading finally to such achievements as sending the first man into space and finally sending the first manned mission to the moon. More than 40 years have passed since then, and in the meantime, with technological development, new challenges have emerged – one of them is the manned mission to Mars, which will probably be one of the most visible projects in the history of mankind.

Today, after many missions involving rovers and orbits, which have successfully reached the surface of the red planet, taking up this challenge seems to be quite logical, the next step in the exploration of the cosmos by humans. Manned expeditions to the red planet are planned for the early 2030s, until then, industrial activity may open up new potential for mining minerals and fuels in facilities located near the Earth. Despite many technical, physical and psychological barriers, scientists from different disciplines and almost all countries around the world are constantly developing the capacities to make this breakthrough possible. The interest in this subject is also present in Poland, as evidenced by the publication published a few years ago, where Kozicka et al. presented a very detailed design of an easy-to-build base on the surface of Mars, taking into account a number of unfavourable conditions prevailing there.

However, expeditions outside Earth’s orbit pose a huge challenge not only in terms of technical aspects, but also in terms of maintaining an appropriate system of medical care for the crew.

The experience gained by NASA during  circumterrestrial flights and in international space stations has led to the creation of a medical care system to ensure the safety of the future moon station. This system focuses primarily on maintaining basic and advanced medical support, including the possibility of immediate return of sick crew members back to Earth. If the Artemis program announced by the President of the United States for the resumption of manned missions to the moon will come through, we will certainly gain additional experience in planning manned missions and medical care in the mission to Mars, but there are many differences that must not be forgotten.

During the space journey to Mars, return to Earth will only be possible for the first six months of the mission. After this time, the crew will not be able to catch up with the Earth that is moving in orbit. Therefore, the expedition to the red planet and staying on it requires new, completely different solutions.

Faced with unprecedented isolation and the impossibility of evacuating sick members for assistance, the healthcare system should not only guarantee support, but also be able to diagnose, initiate and implement appropriate treatment.

The environmental conditions on Mars as well as during the journey are diametrically different from those on Earth. Temperatures down to -100°C, low atmospheric pressure, toxic atmosphere, lower gravity and chemically active dust on the planet’s surface are not the only obstacles that pose a threat to crew members. Due to the thin atmospheric layer and the lack of magnetic field on Mars, the presence of cosmic radiation becomes particularly dangerous. Exposure to radiation is unavoidable because the particles moving at the speed of light in the vicinity will freely pass through the ship’s hull and the astronauts’ internal tissues. Furthermore, cosmic radiation and microgravity can lead to the formation of undesirable mutations of Earth’s microorganisms, changing completely their attributes.

Complications that may arise as a result of exposure to adverse environmental conditions include: weakening of the immune system, weakening of bones, weakening and atrophy of muscles, reduction of red blood cells, increased risk of cancer development, lung damage and disorders of the central nervous system and what is extremely important mutations and change of our microbiome – a set of bacteria living together with humans in the gastrointestinal tract and on the skin. In addition, stress caused by isolation, monotony of meals and insomnia can lead to communication problems between crew members, creating a risk of error and mission failure.

Adequate selection of astronauts is essential when planning a medical care system to ensure minimal risk of diseases such as acute coronary syndrome and cancer. Another essential element is the introduction of permanent monitoring, which will be able to identify potential problems that have not yet been addressed in clinical trials and, ultimately, to plan appropriate treatment. It seems that the development of telemedicine solutions to monitor heart rate, temperature, blood pressure, blood saturation with oxygen or glycemia is so advanced that it will not be an obstacle to the implementation of permanent supervision of crew members.

The medical care system includes essential basic and advanced life-support equipment such as respirator, resuscitation kit and ECG, equipment for radiological, microbiological and endoscopic diagnosis, equipment for surgical procedures, sterilization devices and a number of essential drugs such as antibiotics, analgesics, anti-inflammatory and anaesthetics.

Of course, many issues related to the equipment of the medical care system remain unresolved. In addition, it is not clear how devices exposed to cosmic radiation will behave. It is also important to remember about the delay in communication between the ship and the Earth’s base ranging from 7 to 40 minutes and the possibility of lack of any communication for a period of 30 days due to planetary motion. Therefore, the question arises whether the mission to Mars does not require a qualified doctor and pilot in the crew in one person. Or maybe two doctors in the event of an event involving the doctor himself? The choice of a doctor is not obvious and creates a lot of trouble because the required skill set is not exactly the same as for any specialty. However, due to the presence of cosmic radiation, interventional radiology was suggested, where a physician familiar with the subject would have a basic knowledge of radiological safety, which could be useful as a basis for more advanced actions to minimize radiation dose and treat acute radiation sickness. However, it seems more appropriate for this to be an emergency doctor with good training in minimally invasive procedures such as endoscopy and surgery. Chronic problems can be solved after consulting the team of doctors working in the Earth base.

However, the crew must have advanced medical skills to be able to cope with health problems that may arise during long interplanetary space flights. NASA has trained astronauts in the use of medication, resuscitation procedures and other interventions, including sewing wounds and injections, that are monitored and remotely supported by Earth’s medical professionals.

Creating a reliable medical care system is a very difficult task, requiring a multidisciplinary approach that goes beyond the capabilities of a single country, so the efforts of different scientific institutions from different countries as well as governments should be involved in solving this problem.

The journey to Mars is undoubtedly a fascinating step on the way to discover space. Polish scientists more and more often take part in the work of international consortia in order to create elements necessary for the exploration of the Red Planet (e. g. Astronica), the study of the Martian habu (Mission EXO. 17) or the research carried out by the Foundation for Research and Development of Science 7 years ago on the protection of the Martian mission (www.fundacjabirn.pl). Let’s hope that we will join the space research more and more often as it seems to be not only a momentary desire, but a necessity of humanity.