WE SUPPORT HEALTH CARE SERVICES IN COMBAT AGAINST CORONAVIRUS

Team of specialists from the Foundation on Research and Science Development in cooperation with Mudita® company, created and filed for patent registry within only six months with the use of own financial resources an automatic resuscitator that is a breakthrough solution in the process of prompt patients’ life and health saving. It will serve patients having difficulties in breathing on their own, especially those that are contracted with SARS-CoV-2 and experience severe symptoms resulting in the need to use mechanic ventilation. Application of the designed device will provide medical personnel with time needed to carefully examine patient and take decision on further steps to be taken. At each design level, the knowledge and professional experience of experts from the Foundation on Research and Science Development became very useful. The expertise was delivered by M.D. dr hab. Michał Wszoła and M.D. Dominik Drobiński, anesthetist working in Central Clinical Hospital of the Ministry of Internal Affairs and Administration in Warsaw, which during pandemic was transformed into infectious diseases unit.

The design of AuRes, an automatic resuscitator, was developed according to recommendations of the American organization AAMI (The Association for the Advancement of Medical Instrumentation) and FDA (The Food and Drug Administration). As of January 2021, the process of implementation of the AuRes device to hospitals in Poland and Europe is taking place. 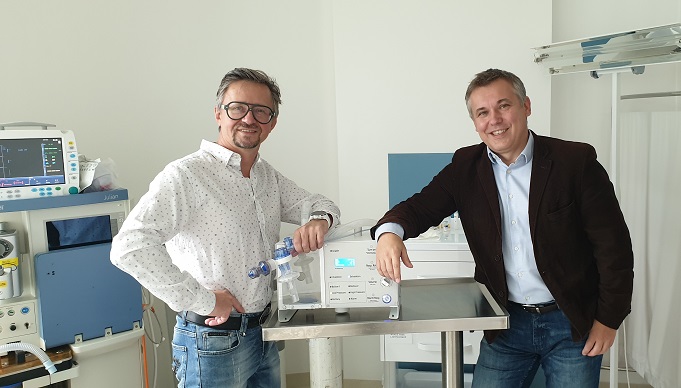 Automatic resuscitator AuRes is a simple device that aims to deliver oxygen to patient’s lungs and mechanically support respiratory functions. Ventilator has a very limited possibility to check current respiratory function and its operation is based on one time use AMBU sack – simple respiratory resuscitation and ventilation set. The mechanism presses the sack providing oxygen to lungs. There is a possibility to set the quantity of provided air and pressing frequency. This device, due to its simplicity and small size, may become part of equipment of every ambulance and hospital division as it does not require specialized medical personnel to its servicing and may be used both stationary and during transportation. Among its advantages one can name light casing, minimalistic design and battery that enables 2 hours of uninterrupted work.

First prototype was created in April and since that time it underwent few improvements based on consultations with centers for medical simulation, doctors and specialists in the field of respiratory ventilation. New companies which are leaders in production of equipment and industrial automation have joined the project and that enabled construction of a simple and reliable device. 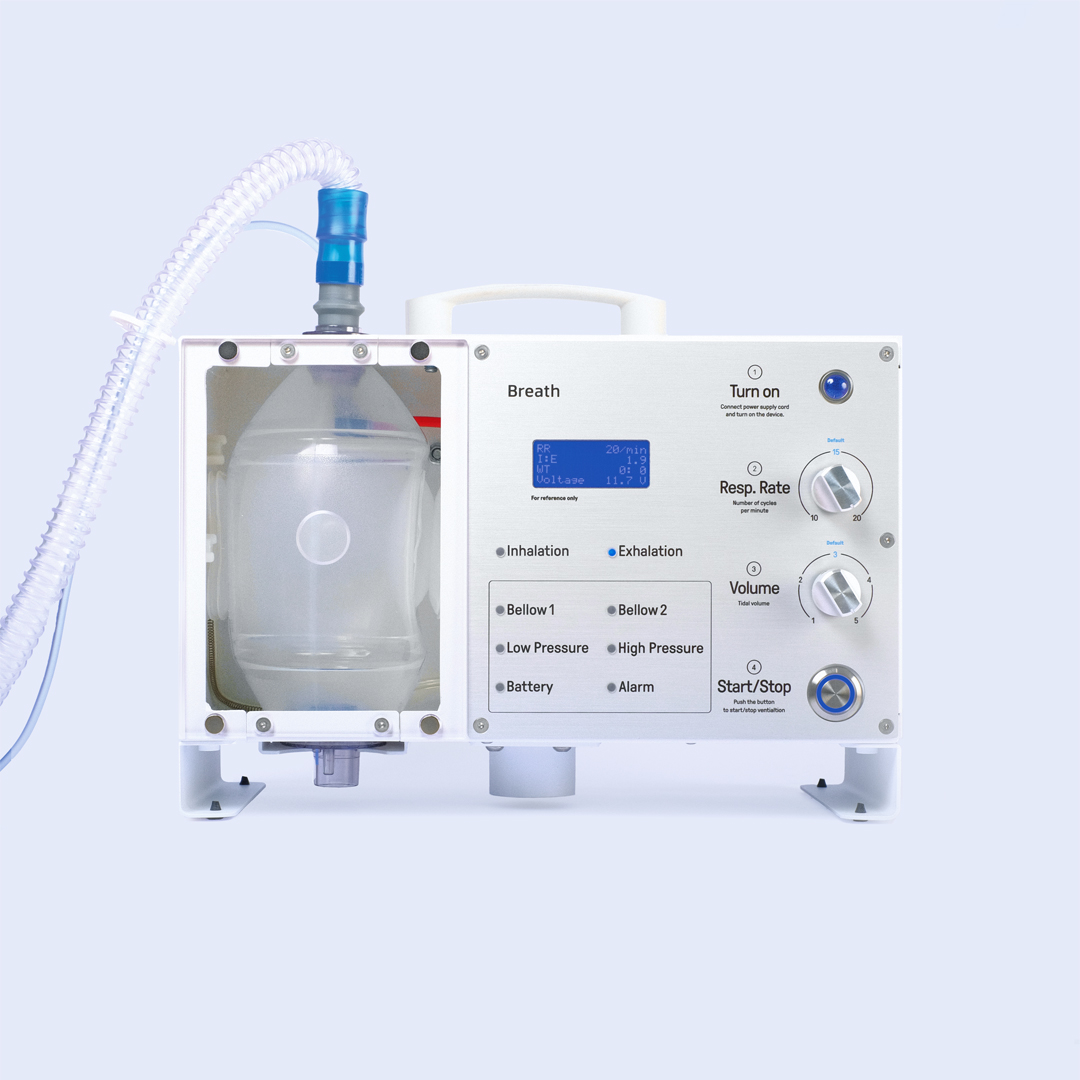 Project of inexpensive, portable automatic resuscitator AuRes has been distinguished with A’Design Award in a special category called “War on Virus”

After nearly six months from the initial engineering project, Mudita® and our Foundation were proud to announce the exceptional prize they were granted with. Automatic resuscitator AuRes has been distinguished with a prestigious, international prize Diamond Selection A’Design Award granted in a special category “War on Virus”. Among over 80 nominated projects in the category „War on Virus”, the device was the only Polish project that went to second round of the competition and as a result of public voting conquered all competitors and has been awarded with this important prize. The list of awarded projects can be found at the website of A’Design Award.

A’Design Award & Competition is one of the leading annual international design competitions. A’Design Awards are granted in many creative areas to distinguish the best designers from all the countries and in various fields. Applications to the competition are reviewed and anonymously evaluated by influential jury comprised of experienced academic experts, renown press members and recognized specialists.

The prize granted in the category “War on Virus” within the framework of competition organised by A’Design aims to promote original ideas, architecture and industrial design that help in fights against SARS-CoV-2 pandemic. 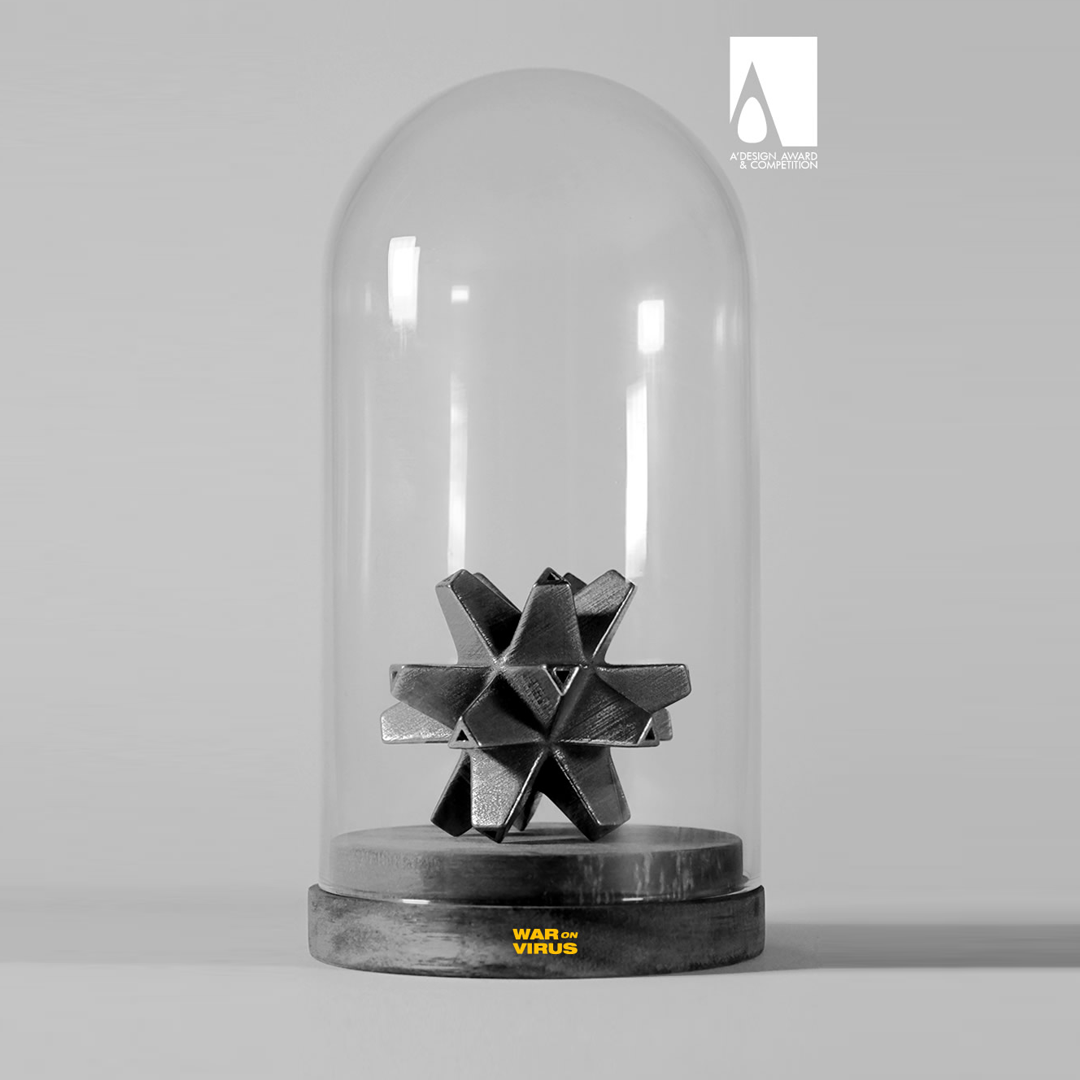 Mudita® is a Polish technological company established by Michał Kiciński, co-founder of CD Projekt.   Mudita®’s mission is to design applicable electronics that help to ensure sustainability and quality of people’s lives with physical and mental health having its priority. Name of the company comes from the Buddhist expression of happiness deriving its source from prosperity of other persons. Mudita® employs specialists from the fields of research and development, programming  as well as experts in the area of marketing and engineering that have many years of experience in medical branch both in terms of production as in certification of ready medical products.